Not real profits simply with sun and moon slot machine online free get yourself joyful! Carry out you wish to try out your current good fortune? Head over to the website plus participate in party de.Greater probability for earning! Want to realize how to earn as soon as possible? Use the actual playclub right now. There'utes some huge cash and also enjoyable! The best give for gamblers play rainbow riches free online . Appear on. Increased prospects for successful!

Confederate Railroad first rolled onto the national country music scene in the early 90s with its unique style and sound.

Headed by founder and frontman Danny Shirley, the former backup band for both David Allan Coe and Johnny Paycheck got their big break by signing with Atlantic Records. The first single from their debut album (“Confederate Railroad”) was “She Took It Like A Man”. It went to No. 26, a preview of what was to come. “The next two singles, “Jesus and Mama” and “Queen of Memphis” went to the top of the charts. Three more huge hits followed, “Trashy Women”, “When You Leave That Way You Can Never Go Back”, and “She Never Cried”. “Trashy” would lead to a Grammy nomination and become their signature song. That album with six hits and nearly three million sales brought Confederate the Academy of Country Music’s Best New Group Award in 1993 as well as numerous nominations from the Country Music Association and the British Country Music Foundation. 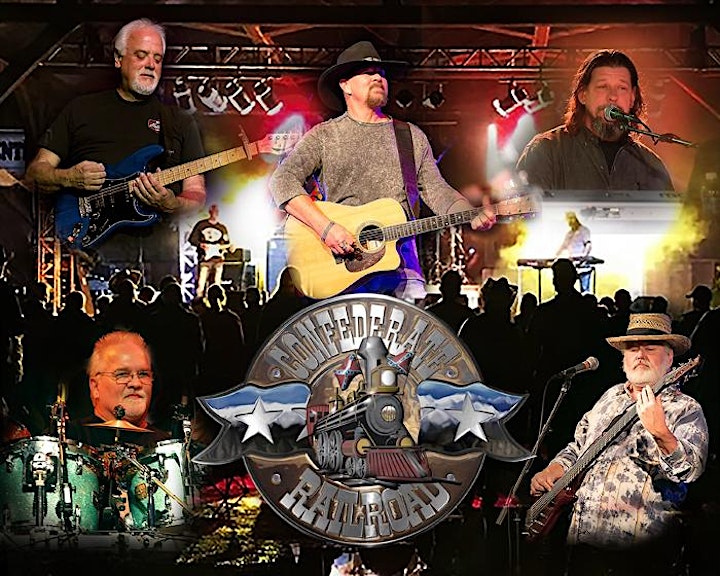 We are open from 11am -8pmso please call.

Thank you for your continued support.